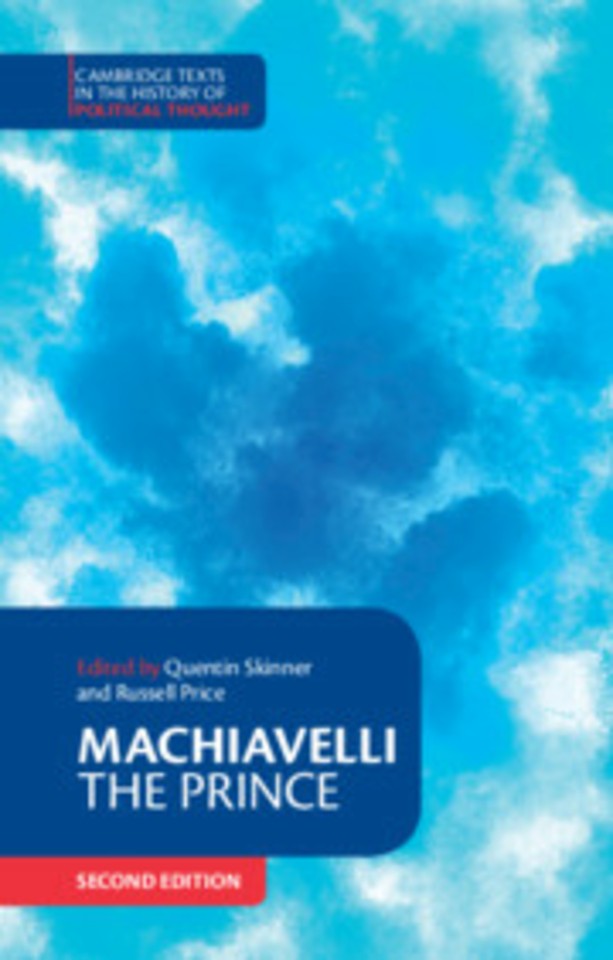 This new edition of the acclaimed translation of Niccolò Machiavelli's The Prince - revised for the first time after thirty years - includes a rewritten and extended introduction by Quentin Skinner. Niccolò Machiavelli is arguably the most famous and controversial figure in the history of political thought. The Prince remains his best-known work, and throws down a challenge that subsequent writers on statecraft and political morality have found impossible to ignore. Quentin Skinner's introduction offers a lucid analysis of Machiavelli's text both as a response to the world of Florentine politics and as a critical engagement with the classical and Renaissance genre of advice-books for princes. This new edition also features an improved timeline of key events in Machiavelli's life, helping the reader place the work in the context of its time, in addition to an enlarged and fully updated bibliography.

Editorial note; Introduction; Principal events in Machiavelli's life; Bibliographical note; Translator's note; Map: northern and central Italy, c.1500; Dedicatory letter: Niccolò Machiavelli to His Magnificence Lorenzo de' Medici; 1. How many kinds of principality there are, and by what means they are acquired; 2. Hereditary principalities; 3. Mixed principalities; 4. Why the Kingdom of Darius, which Alexander occupied, did not rebel against his successors after Alexander's death; 5. By what means cities or provinces that lived under their own laws before they were occupied ought to be administered; 6. New principalities acquired by one's own arms and ability; 7. New principalities acquired through the arms and fortune of others; 8. Those who become rulers through crime; 9. The civil principality; 10. In what ways the strengths of all principalities should be measured; 11. Ecclesiastical principalities; 12. How many kinds of soldiers there are, and mercenary troops; 13. Auxiliaries, mixed troops and one's own troops; 14. How a ruler should act concerning military matters; 15. The things for which men, and especially rulers, are praised or blamed; 16. Liberality and parsimony; 17. Cruelty and mercifulness; and whether it is better to be loved than feared, or the contrary; 18. In what way rulers should keep their promises; 19. How contempt and hatred should be avoided; 20. Whether building fortresses, and many other things that rulers frequently do, are useful or useless; 21. What a ruler should do in order to be thought outstanding; 22. On those whom rulers employ in secret matters; 23. How flatterers should be shunned; 24. Why the rulers of Italy have lost their states; 25. How much control fortune has over human affairs, and by what means she can be resisted; 26. An exhortation to seize possession of Italy and assert her liberty from the barbarians; Appendix A. Letters relevant to The Prince; Appendix B. Notes on the vocabulary of The Prince; Biographical notes; Index of subjects; Index of proper names.