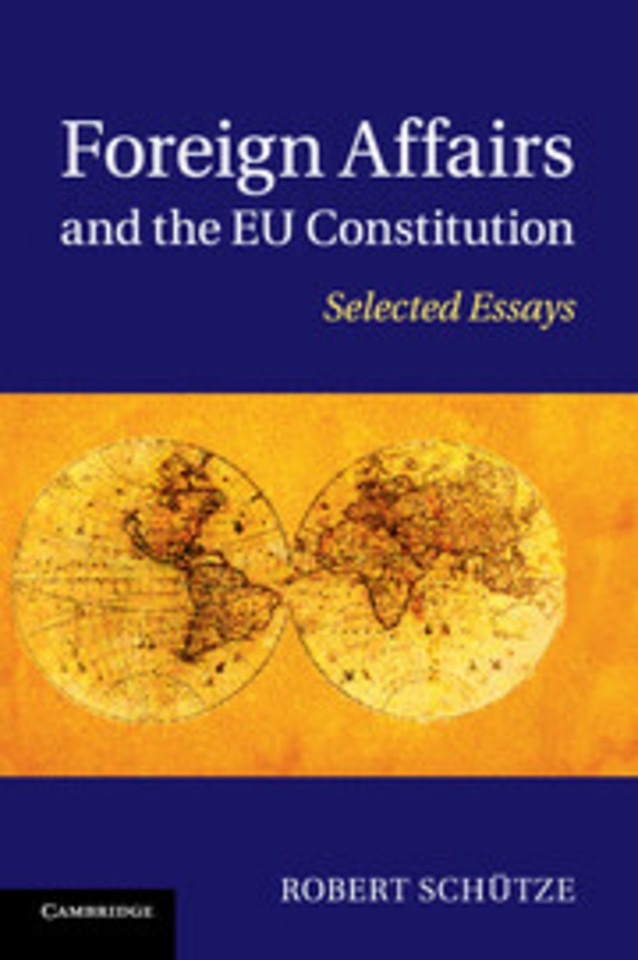 Foreign Affairs and the EU Constitution

Foreign affairs are 'border' affairs - in a geographical and a constitutional sense. They are traditionally subject to distinct constitutional principles, for the political questions posed might not be susceptible to legal answers. And yet, in our globalized world, the orthodox distinction between 'internal' and 'external' affairs has lost much of its clarity. The contemporary world is an international world - a world of collective trade agreements and collective security systems. The European Union - as a union of States - embodies this collective spirit on a regional international scale. But what is the relationship between this new European legal order and the old legal order of international law? When can the Union act on the international scene and, if so, how? Foreign Affairs and the EU Constitution brings together a collection of outstanding essays on external relations written by one of the leading constitutional scholars of the European Union.

Foreign Affairs and the EU Constitution