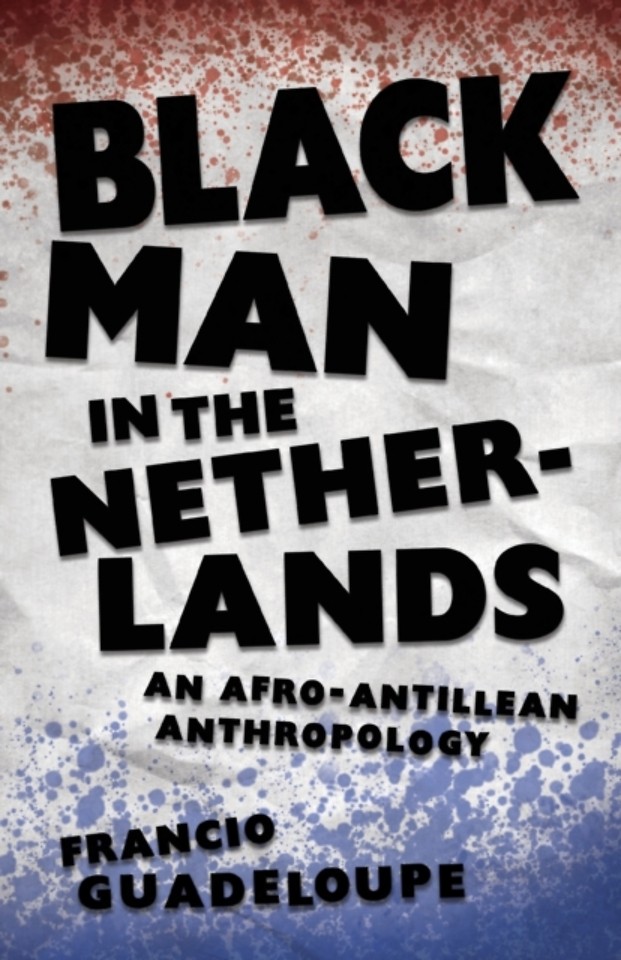 Black Man in the Netherlands: An Afro-Antillean Anthropology

Francio Guadeloupe has lived in both the Dutch Antilles and the Netherlands. An anthropologist by vocation, he is a keen observer by honed habit. In his new book, he wields both personal and anthropological observations.

Simultaneously memoir and astute exploration, Black Man in the Netherlands charts Guadeloupe's coming of age and adulthood in a Dutch world and movingly makes a global contribution to the understanding of anti-Black racism. Guadeloupe identifies the intersections among urban popular culture, racism, and multiculturalism in youth culture in the Netherlands and the wider Dutch Kingdom. He probes the degrees to which traditional ethnic division collapses before a rising Dutch polyethnicity.

What comes to light, given the ethnic multiplicity that Afro-Antilleans live, is their extraordinarily successful work in forging an anti-racist Dutch identity via urban popular culture. This alternative way of being Dutch welcomes the Black experience as global and increasingly local Black artists find fame and even idolization. Black Man in the Netherlands is a vivid extension of renowned critical race studies by such Marxist theorists as Achille Mbembe, Paul Gilroy, Stuart Hall, and C.

L. R. James, and it bears a palpable connection to such Black Atlantic artists as Peter Tosh, Juan Luis Guerra, and KRS-One.

Guadeloupe explores the complexities of Black life in the Netherlands and shows that within their means, Afro-Antilleans often effectively contest Dutch racism in civic and work life.

Black Man in the Netherlands: An Afro-Antillean Anthropology