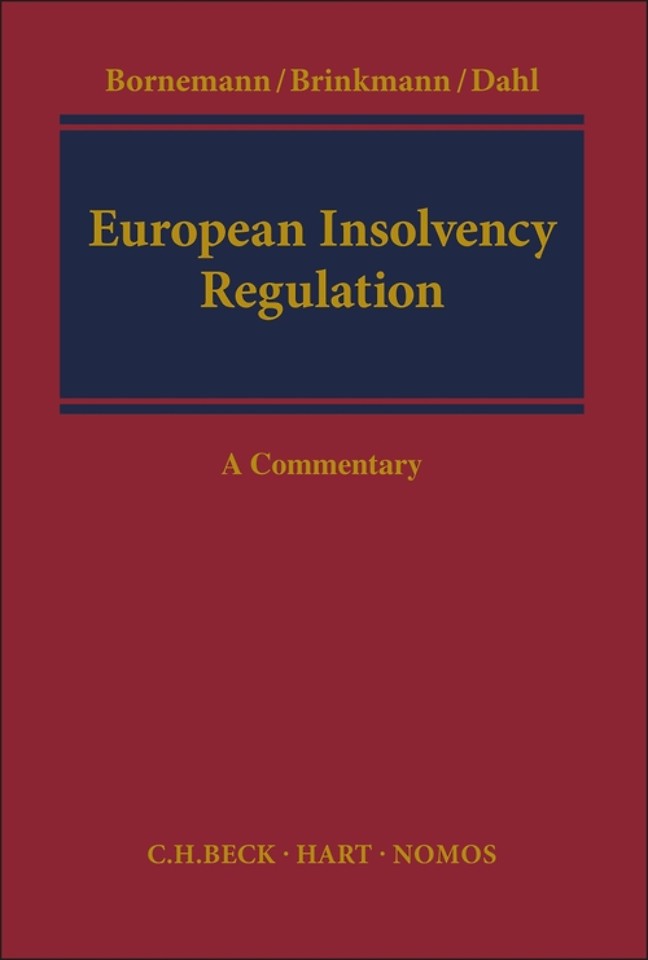 The main changes of the Regulation are:
- The extension of its application to preventive insolvency proceedings;
- The creation of publicly accessible online insolvency registers;
- The possibility of avoiding the opening of multiple proceedings and preventing 'forum shopping';
- The introduction of new procedures with the aim of facilitating cross-border coordination and cooperation between multiple insolvency proceedings in different Member States relating to members of the same group of companies.

In this book a team of experienced insolvency law experts, among them judges, insolvency practitioners and academics, analyse the European Insolvency Regulation article by article. The authors focus on the new provisions and mechanisms as well as on the existing, and to a great extent still relevant, case law by the European Court of Justice and courts of the Member States.