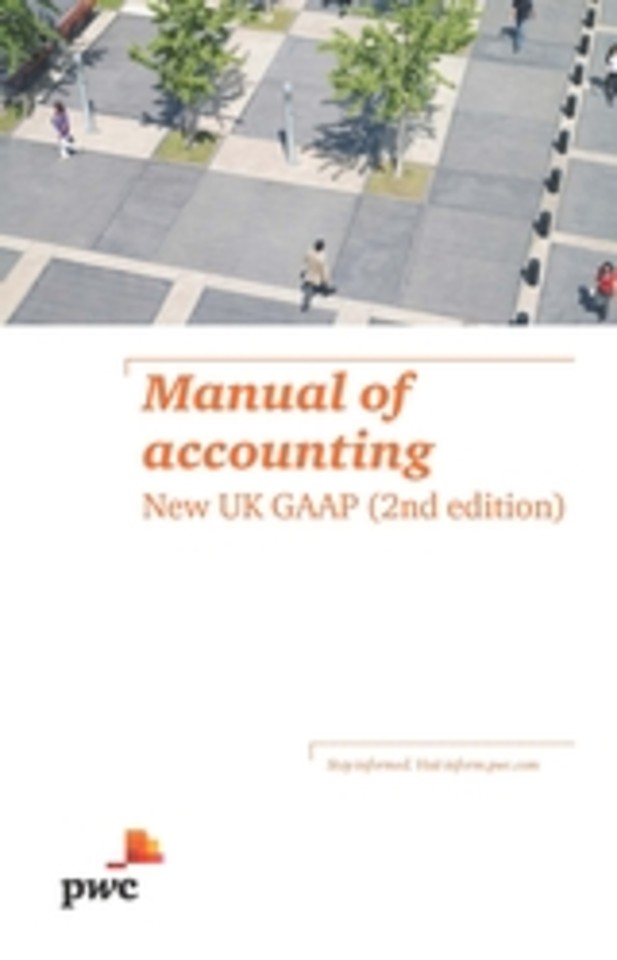 'Manual of Accounting – New UK GAAP' addresses the requirements of FRS 102 which is the new UK GAAP and will be adopted by all companies not wanting to move to IFRS and who are too large to implement the Financial Reporting Standard for Smaller Entities which in 2015 can be applied by companies with a turnover of £6,500,000 per year and a balance sheet of £3,260,000 per year.

While the requirements of FRS 102 are in some ways less onerous than the existing UK set of standards, there will still be a large onus on companies and their advisors to plan properly as they make the transition to adopting the new standard. There are a number of factors accountants need to consider in adopting the new standard such as the way in which a number of areas will be accounted for e.g. subsequent expenditure on fixed assets; leases, and employee benefits. Also the terminology of the new standard will be unfamiliar to many, and there will be some changes to the format of the financial statements.
Readers will benefit from the usual well-structured and practical nature of the commentary. Worked examples are prevalent and as new editions are published examples from real life companies will be added.

The book focusses on each area of the financial statement in turn and explains how they are treated by FRS 102 as opposed to the existing UK GAAP. There are chapters covering various specialist sectors such as agriculture; financial institutions; oil and gas; insurance, and public benefit entities. The final chapter gives some guidance on the processes that need to be considered as businesses make the transition from the existing set of standards to FRS 102.