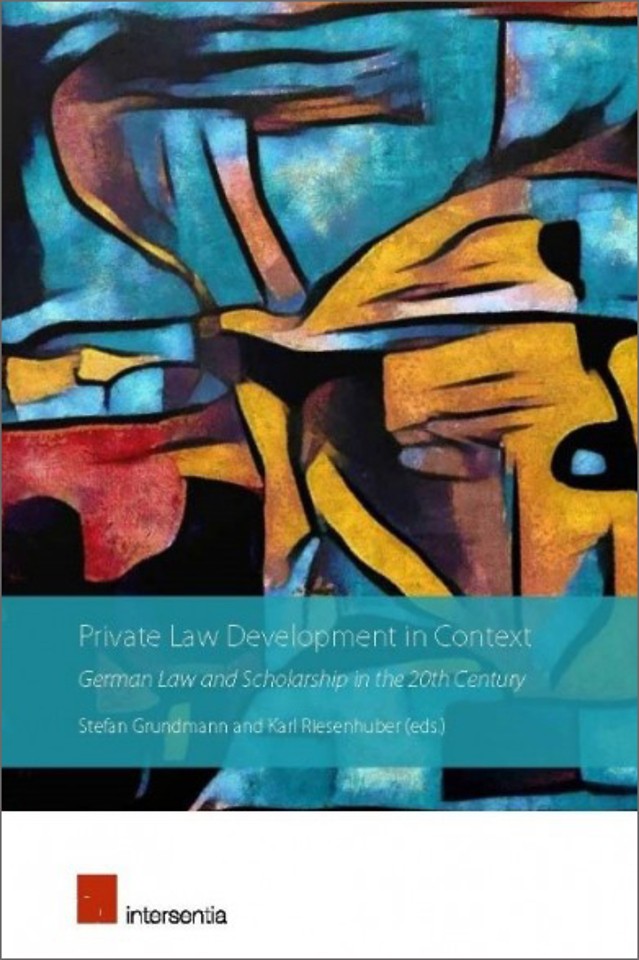 German Law and Scholarship in the 20th Century

While common law is developed by the courts and judges may well be the prime authorities for the development of law, and while French private law is said to be the origin of the idea of modern codification and grand legislatures, German private law can well be seen as the law where the influence of academia is paramount.

It is perhaps fair to say that no other code is as strongly influenced by scholars as the German Civil Code of 1900. Furthermore, in both the past and the present, courts and scholars in Germany are in constant dialogue about the application and interpretation of German and also EU law. Arguably, this is also one of the reasons why German academia plays such a prominent – some may say excessively dominant – role in the European private law discourse and development.

As a result it seems necessary, indeed vital, to shed more light on professors who were highly influential in the development of German private law in the 20th century. They fostered such concepts and ideas as the birth of modern market and institutional regulation, genuine internationalisation, in particular through comparative law, and Europeanisation of private law, ‘social’ areas of the law, particularly labour and consumer law and fundamental rights’ protection between private parties, and equally the law of competition and enterprise.

This book compiles and puts into perspective portraits of 36 professors of private law from Germany, Austria and Switzerland who completed the core of their academic oeuvre in the 20th century. The individual portraits of the life and work of each professor are written by one of their former ‘Schüler’ and taken together show the thread of the intellectual history of legal thinking in 20th century German private law.

Karl Riesenhuber studied law at the Albert-Ludwigs-University, Freiburg, and the University of Texas at Austin School of Law. He clerked at the Court of Berlin and worked at the University of Potsdam prior to receiving his doctorate in 1997. His thesis, titled “Die Rechtsbeziehungen zwischen Nebenparteien” (“The Legal Relationship Between Collateral Parties”) won the Wolf Rüdiger Bub-Prize. He was a Feodor Lynen fellow of the Alexander von Humboldt Foundation, Bonn, research fellow of the Deutsche Forschungsgemeinschaft (German Research Fund) and visiting scholar at Wolfson College, Cambridge. In 2002, he received his Habilitation (post-doctoral-degree) from the Friedrich-Alexander-University Erlangen-Nuremberg Faculty of Law with a thesis titled “System und Prinzipien des Europäischen Vertragsrechts” (System and Principles of European Contract Law). He was assistant lecturer at the University of Cambridge School of Law and official fellow at Wolfson College, Cambridge from 2000-2001. In 2002 became visiting professor, subsequently in 2004 full professor at the European University Viadrina in Frankfurt (Oder), focusing on intellectual property and media law and comparative law. In 2006 he was appointed professor of civil law, German and European trade and business law at Ruhr-University Bochum where he also established the Ruhr Academy of European Private Law. In 2007-2008 and 2010-2011, Riesenhuber conducted research at the University of California, Berkeley School of Law, sponsored by the Alexander von Humboldt Foundation. He is the author of several books on EU-Contract Law and European Labour Law. He edited and co-authored numerous conference proceedings.

Part 6. Conclusions and Outlook
Dogma, Internationalisation and Economy - Three Core Features of the Development in the 20th and 21st Centuries (p. 851)