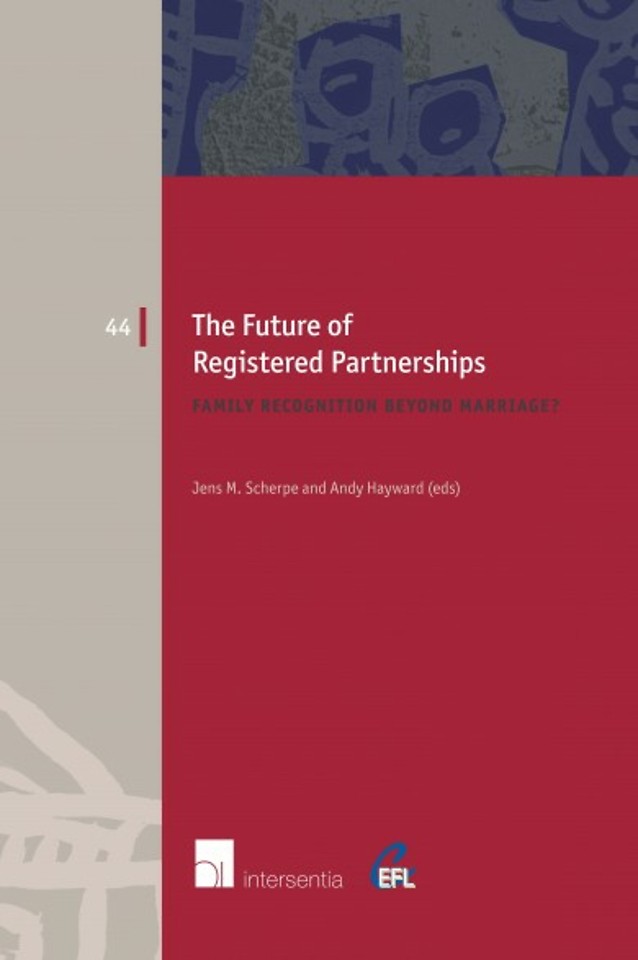 The Future of Registered Partnerships

A book series dedicated to the harmonisation and unification of family and succession law in Europe. The series includes comparative legal studies and materials as well as studies on the effects of international and European law making within the national legal systems in Europe. The books are published in English, French or German under the auspices of the Organising Committee of the Commission on European Family Law (CEFL).

This book provides the foundation for an informed discussion not only on changes to the implementation of registered partnership schemes, but also more generally for reviewing the law concerning the recognition of adult relationships.

Part VI. Comparative Perspective and Conclusions
The Future of Civil Partnership in England and Wales (p. 525)
The Past, Present and Future of Registered Partnerships (p. 561)

The Future of Registered Partnerships