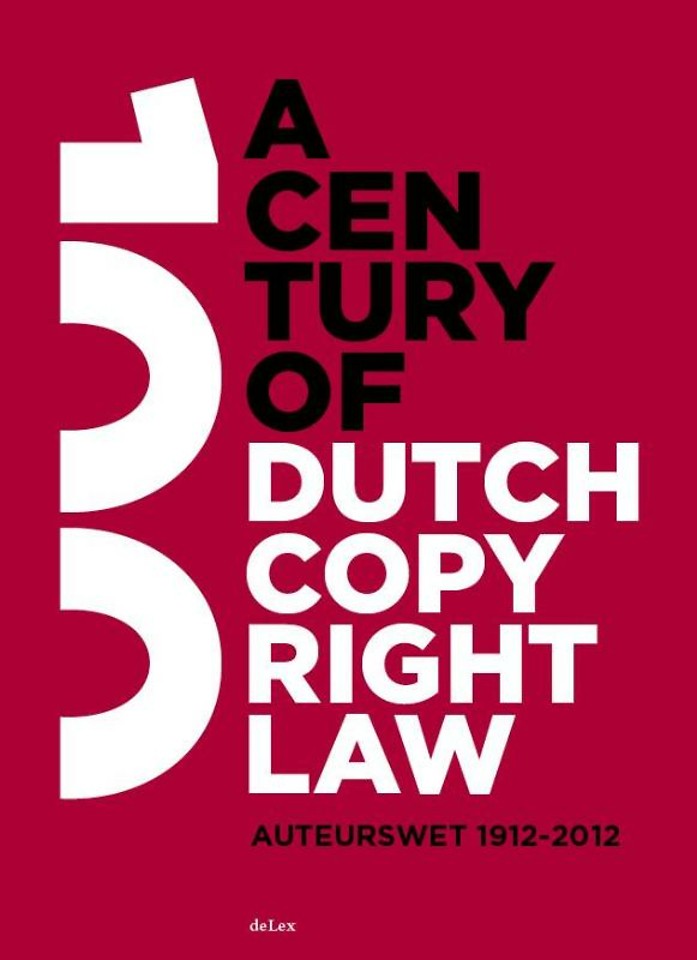 A century of Dutch copyright law

On September 23, 1912, the Dutch Copyright Act – Auteurswet – was enacted. A century after its enactment the Dutch law is one of the world’s oldest ‘living’ acts of the author’s rights tradition. While the Act has seen many small and large amendments since its adoption in 1912, it has never been thoroughly revised, so its conception and basic structure have remained essentially intact.

Sixteen scholars on Dutch copyright have written extensive papers on distinct aspects of the Dutch Act, focussing on the characteristic elements of the Dutch Act from an international perspective, edited by Bernt Hugenholtz, Antoon Quaedvlieg and Dirk Visser. The book also contains an English translation of the Dutch Copyright Act.

A century of Dutch copyright law