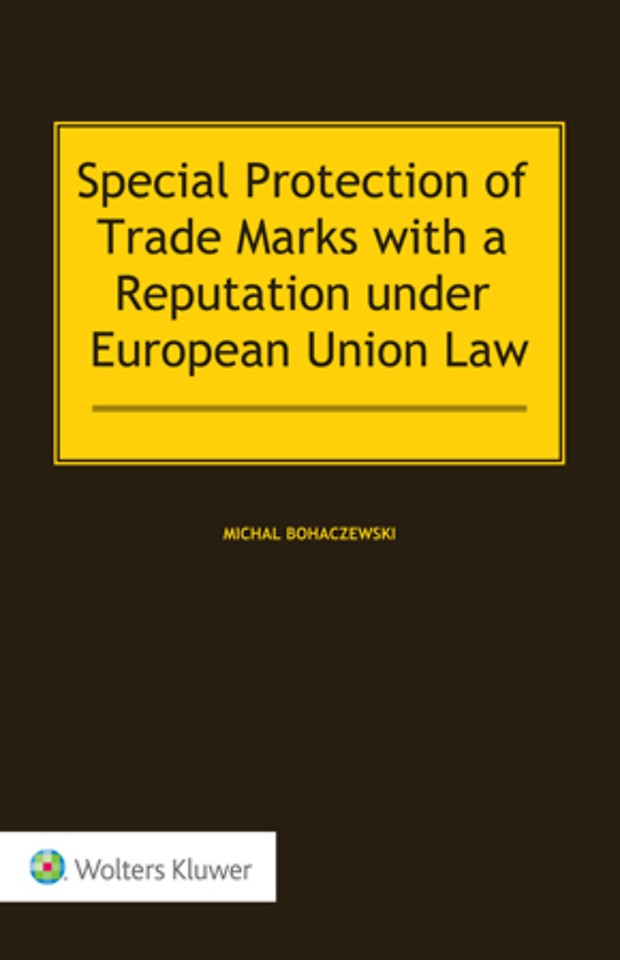 Thus, trade marks familiar to the general public enjoy a special legal protection regime above and beyond that afforded by trade marks in general, allowing them to benefit from enhanced protection against reproduction or imitation detrimental to, or taking unfair advantage of, the distinctive character of the mark or its repute. This book is the first comprehensive guide to current European Union (EU) law and practices concerned with reputed trade marks, and it conducts an in-depth analysis of this extended protection provided by Regulation 2017/1001 on EU trade marks and Directive 2015/2436 under which it is mandatory across all Member States.

Using a practical approach, focused on identifying and analysing the criteria for infringement of trade marks with a reputation in proceedings before civil courts and in administrative proceedings before the EU Intellectual Property Office (EUIPO) or national trade mark offices, the author addresses such elements of the special protection regime as the following:
- prerequisites for infringement of the right to a reputed mark common to all recognised forms of infringement;
- how to demonstrate each type of infringement of the right to the trade mark with a reputation (blurring, tarnishment and unfair advantage);
- proof of reputation;
-distinguishing the concept of a well-known trade mark;
- legitimate versus questionable justifications of the ‘due cause’ exception within the meaning of EU law provisions;
- use of a disputed sign falling under freedom of expression;
- identifying the likelihood of confusion under the special regime; and
- how to prove the existence of a link between the signs in dispute.

The author pays detailed attention to the case law of the Court of Justice and General Court of the EU, as well as cases before the EUIPO and national courts. He takes into account research from a number of Member States (plus Switzerland), thus widening prior work in the field from its predominant English-language context.

With this book, practitioners will confidently approach cases before courts, the EUIPO and national EU trade mark offices involving enhanced protection of trade marks with a reputation. This book will help readers to understand the concept and rationale of special regime of protection of trade marks. In addition, the book will help judges and trade mark office examiners to interpret the EU provisions and assess claims regarding such reinforced protection. For scholars and students of intellectual property law, this book will prove to be a cornerstone volume.

CHAPTER 3
Forms of Infringement of Trade Marks with a Reputation