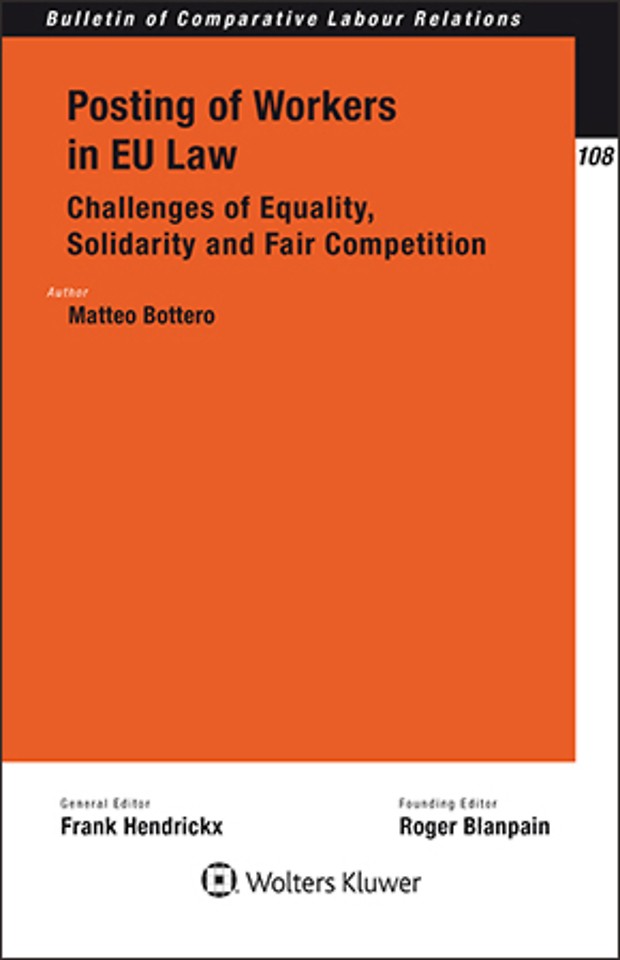 Posting of Workers in EU Law

Posting of Workers in EU Law is a pioneering book that challenges the recently adopted Directive (EU) 957/2018, which came into effect in July 2020, by examining the relevant EU regulatory framework and investigating the actual quantitative dimension of the posting phenomenon and its real impact on the EU labour market. The dynamic expansion of the phenomenon of posting of workers – whereby a worker is sent for a limited time to another Member State to provide a service – is a formidable bone of contention in the conflict between a fully integrated internal market economy and Member States’ aims to protect domestic social standards. Through this book, the author exposes a severe misalignment of the legal framework provided for by the new Directive with the EU values and principles of equality, solidarity and fair competition.

A compendium of a wide variety of sources – including Court of Justice case law, Advocate Generals’ opinions, Eurostat data, Commission documents and reports, and academic literature – this book provides in-depth analyses of the following elements of the problem:
- proper definition of the concepts of ‘posting’ and ‘posted worker’ in EU law;
- host country’s discretion about the part of domestic regulation it can impose on posted employees;
- misconceived clash between social rights and economic freedoms;
- coordination of national social security systems;
- proliferation of unlawful and fraudulent practices;
- ‘regime shopping’ and exploitation of existing regulatory loopholes;
- misleading association of posting with issues of ‘social dumping’ and ‘unfair competition’;
- orientation of political influence during the drafting process of relevant EU legislation;
- expected controversial economic impact of Directive (EU) 957/2018;
- concrete realisation of the EU values and principles of equality, solidarity and fair competition; and
- definition and pursuit of a ‘European social model’.

Normative arguments developed in the course of the analysis put forward viable recommendations for future improvements in the field.

Considering the surging prominence of the free movement of services in shaping a European labour market characterised by an expanding degree of mobility, this book’s analysis of the phenomenon of posting of workers may serve as a litmus test of political and legislative action at the EU level. In its dual analytic and normative aspect, the book takes a giant leap towards future discussions and developments in the area of intra-EU labour mobility. It will be appreciated by legal practitioners in labour and social security law and industrial relations, legal scholars, EU institutions and agencies, businesses and trade unions.

About the Author
Foreword
Preface
List of Abbreviations
Acknowledgements

CHAPTER 4
Further Developments in the Regulation of Posting

CHAPTER 7
Impact of Posting on the EU Labour Market

CHAPTER 9
What about Equality, Solidarity and Fair Competition?

Table of Cases
Table of Treaties and Other Legal Instruments

Posting of Workers in EU Law