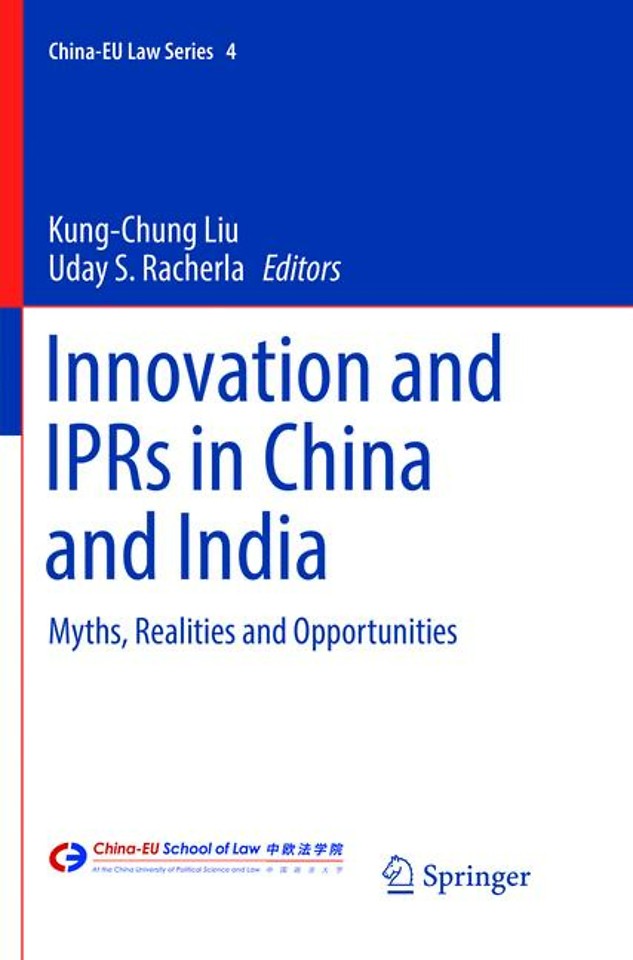 Innovation and IPRs in China and India

This book examines the two most populous nations on earth – India and China – in an effort to demystify the interaction between intellectual property rights (IPR) regimes, innovation and economic growth by critically looking at the economic and legal realities. In addition, it analyzes the question of how innovation can best be transformed into IPR, and how IPR can best be exploited to encourage innovation. Comparing and contrasting these two giant nations can be highly beneficial as China and India were the two fastest-growing economies in the last three decades, and together their populations make up one third of the world’s total population; as such, exploring how to sustain their growth via innovation and commercialization of IPR could have a tremendous positive impact on global well-being.
While a study of these two mega countries with such diverse dimensions and magnitudes can never be truly comprehensive, this joint effort by scholars from law, business management and economics disciplines that pursues an empirical approach makes a valuable contribution. Divided into three parts, the first offers an in-depth doctrinal and empirical analysis. The second part exclusively focuses on India, while the last is dedicated to China.

<div>Introduction.- Do IPRS Promote Innovation?.- Technology and Business Innovation: Role and Value Measurement of IPRs.- Does Patent Strategy Shape the Long-Run Supply of Public Knowledge?.- Innovation, IP and India: The Dichotomy Between Facts and Fiction.- The Law and Politics of Pharmaceutical Patents in India.- IPRs in China—Market-Oriented Innovation or Policy-Induced Rent-Seeking?.- Estimates of the Value of Patent Rights in China.- Patent-Information Based Study on Patenting Behavior in China.</div>

Innovation and IPRs in China and India