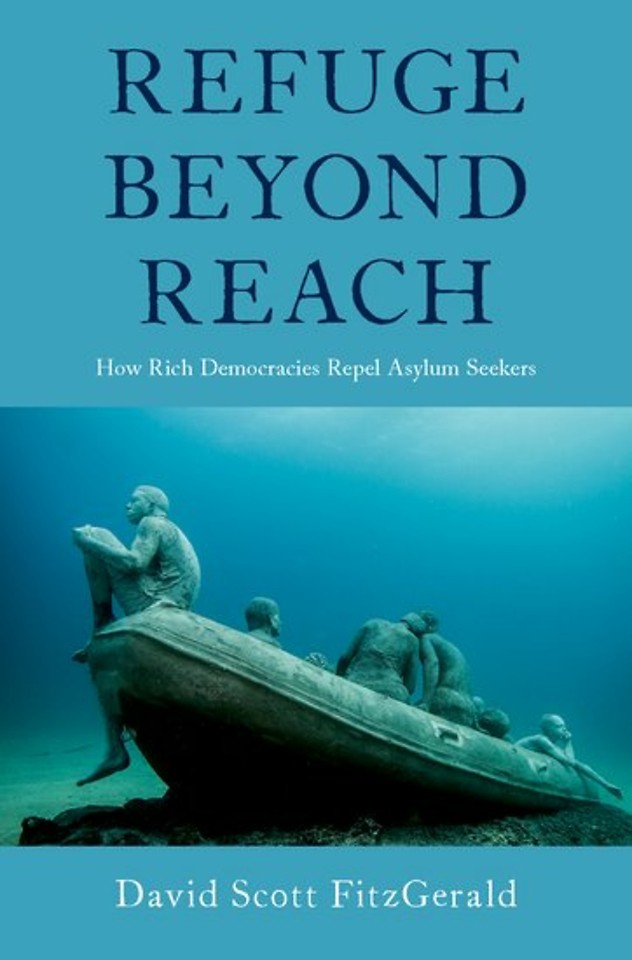 Media pundits, politicians, and the public are often skeptical or ambivalent about granting asylum. They fear that asylum-seekers will impose economic and cultural costs and pose security threats to nationals. Consequently, governments of rich, democratic countries attempt to limit who can approach their borders, which often leads to refugees breaking immigration laws.

In Refuge beyond Reach, David Scott FitzGerald traces how rich democracies have deliberately and systematically shut down most legal paths to safety. Drawing on official government documents, information obtained via WikiLeaks, and interviews with asylum seekers, he finds that for ninety-nine percent of refugees, the only way to find safety in one of the prosperous democracies of the Global North is to reach its territory and then ask for asylum. FitzGerald shows how the US, Canada, Europe, and Australia comply with the letter of law while violating the spirit of those laws through a range of deterrence methods — first designed to keep out Jews fleeing the Nazis — that have now evolved into a pervasive global system of "remote control." While some of the most draconian remote control practices continue in secret, Fitzgerald identifies some pressure points and finds that a diffuse humanitarian obligation to help those in need is more difficult for governments to evade than the law alone.

Refuge beyond Reach addresses one of the world's most pressing challenges — how to manage flows of refugees and other types of migrants — and helps to identify the conditions under which individuals can access the protection of their universal rights.