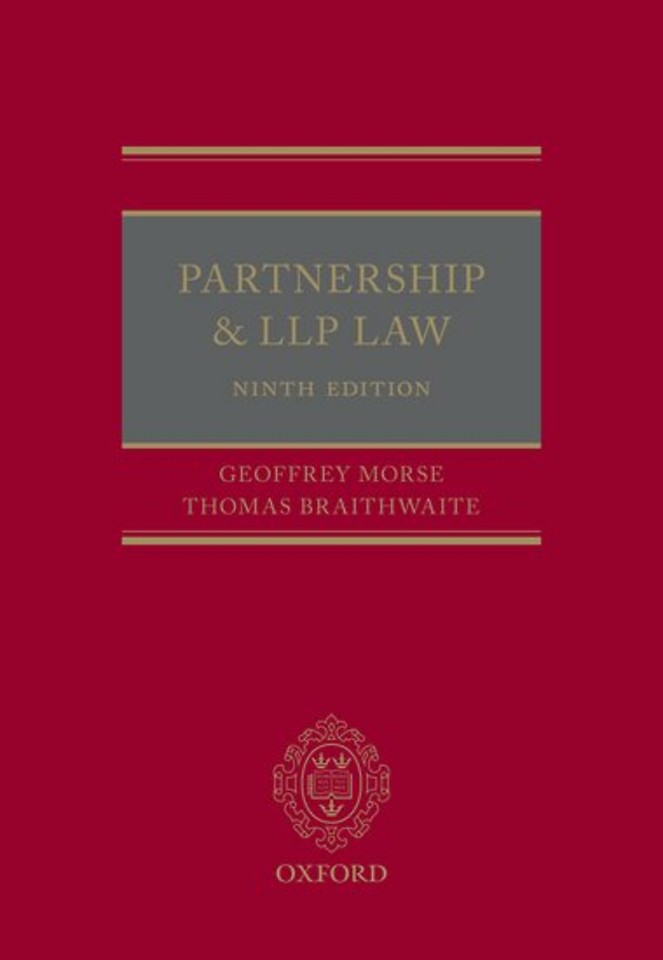 For this new edition, the coverage of limited liability partnerships has been fully revised and expanded. After setting out the background to the legislation and explaining its structure, the book examines the requirements for the creation of LLPs, how they are incorporated, and the consequences of their incorporation as separate legal entities. It explores what membership of an LLP entails, including the interrelation of membership with employment and worker status, and the relations between members and the LLP and between the members themselves. It then looks at the default provisions, the role of the LLP Agreement, and the extent to which contractual doctrines such as repudiation and frustration apply to that agreement. Finally, the book looks at decision-making within an LLP, termination of a member's membership, and insolvency and dissolution of the LLP itself.

Thomas Braithwaite is a barrister at Serle Court.