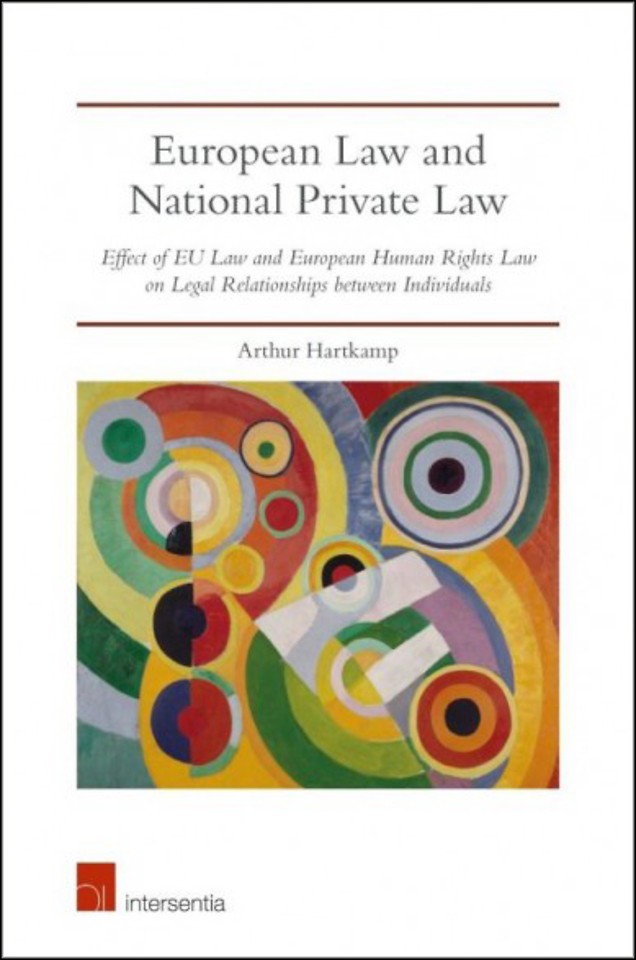 Traditionally European law is important for public law. However, it is also increasingly important for private law, that is to say, the legal relationships between individuals.

European Law and National Private Law addresses and analyses the various sources of European law in (hierarchical) order, namely the Treaty on the Functioning of the European Union, the general principles of EU law, EU Directives and EU Regulations, as well as the influence of fundamental rights (both the ECHR and the EU Charter) on private law.

The nature of each source of law and its significance for and influence on the general part of national private law is discussed. Particular attention is devoted to the review of national private law legislation in the light of European legislation that has direct effect, direct and indirect effect of European law on legal relationships between individuals, ex officio application of European law by the national courts, and interpretation issues arising as a result of the interaction between European law and national law. Further, comparisons are drawn between the different sources of law. The book then concludes with a detailed overview of European Directives that are of particular relevance for general private law.

European Law and National Private Law provides a concise introduction to the influence of EU law and the ECHR on legal relationships between individuals - a must read for every lawyer.

PART II. OVERVIEW OF DIRECTIVES AND SCHOLARLY PROJECTS IN GENERAL PRIVATE LAW
-A Summary of the Private Law Directives (p. 211)
-An Overview of the 'Principles' and Other Academic Projects (p. 267)